UX Writing as a form of conversation with the user

Thinking about the user experience in the online world has been a trend that many companies have embraced, even more so with the recent changes brought about by the forced digitization that the pandemic has caused around the world. When we are talking about products that promote self-service, we need to think about how the entire journey can be covered without noise. Therefore, standardization, understanding of the paths and a constant conversation are necessary items for the client to confidently go to the next stage. 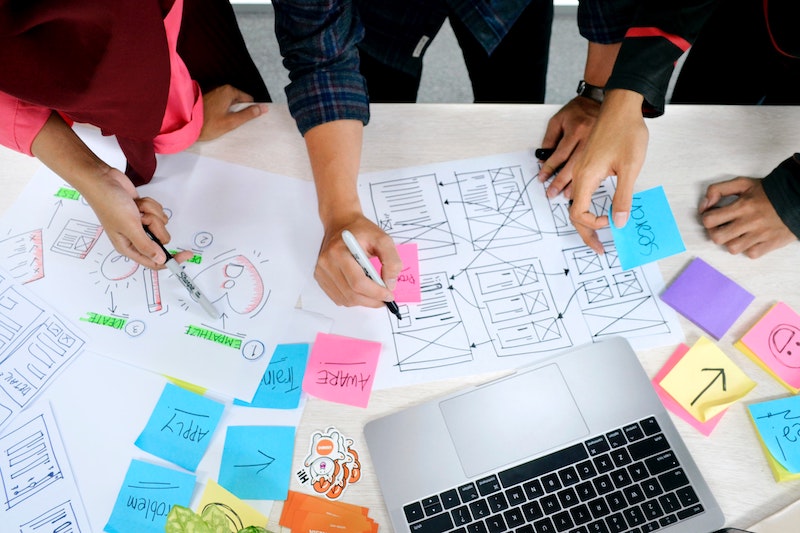 But in order to talk, we need to understand what the spoken language is. Of course design is an extremely important part of any type of product (and I’m not even going to limit myself to just talking about digital ones). However, just like in the material world, usability must really be considered to generate good results. In addition to the navigation being easy and the interface beautiful, the texts have to make sense. And that’s exactly where the role of a UX Writing comes in: making the conversation attractive.

Okay, it’s not exactly a conversation if we think that, especially in digital products, we want the person to travel the path alone. But it becomes a form of dialogue precisely because it brings the answers to the user before he questions it – or even as soon as a question arises. That’s why this role has grown and gained more space in the development of new digital products and services: in general, the Internet is a text-driven place (and if you doubt that, think about how important content is to rank and bring visits to any website).

The first step so that a conversation makes sense is to speak a single language – therefore, it is essential to understand the product’s differentials and which terms will make users understand this language. In this process, a thorough research is important, as it will help to understand the tone and voice of the brand and how its target audience communicates.

The second step is to be clear – and that is why texts written with UX in mind are often not as long or “charming” as copywriting content. The idea here is not to seduce: it is to communicate the next step easily and quickly. In conjunction with designers, the content must be scannable and you must deliver the information as soon as possible, so that the user can immediately understand what is being communicated.

Next, the idea is to be really concise. First, because many of the places where texts will be inserted are small, like buttons or small spaces that will be visualized on smartphones. And, also, because one of the goals is to deliver the content as soon as possible, optimizing the user’s life.

However, here’s a catch: the text doesn’t necessarily have to be extremely short. It must be in the exact measure to pass the relevant information without causing misunderstanding in the user. And, preferably, in direct sentence construction order.

And, in addition to other attributes, there is still another essential that must be taken into account: identity. How does the brand communicate and what is its personality? In this sense, it’s nice to understand that, even people, have adaptation to various forms of conversation they take throughout life (or go on to say that you use exactly the same tone when you’re absent from your manager than you would use to talk to your pet ?). However, the identity is the same and you must think carefully at each stage of the journey to deliver the right content in an appropriate way. Only then can you make a conversation become a relationship.

Block4 is a fantech that creates and manages digital collectible platforms (TiBS), which bring fans closer to their favorite sports institutions, artists, influencers, content creators and communities through highly engaging experiences that blend the physical and the digital (phydital). With multiple partners across different verticals, Block4 uses technology to revolutionize the fan’s relationship with their object of worship, bringing the blockchain and NFTs into the entertainment industry.